The Reunion was protected by the Lancia weather God and we had a great couple of days. The Friday get together at the hotel was filled with a fun group and both stories and wine was flowing. For the ones that were still open for more food after the Pizza at the hotel, only a short walk from the hotel was needed for a great restaurant. 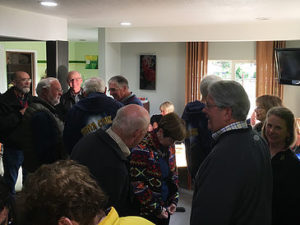 Saturday morning had some clouds covering us but the spirit was up and the drive started with a nice trip to the Canepa museum in Scotts Valley, we were there early and had a chance to go through the line-up of cars before the museum guide arrived. We were then taken through the museum and down into the shop and side areas were some amazing cars were worked on as well as stored. 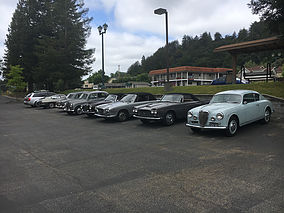 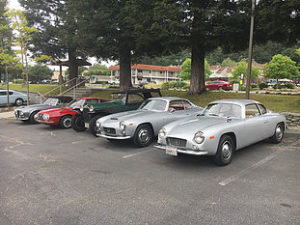 Our cars lined up outside the museum.

After the tour at the museum we saddled back up and drove through back roads to the Roaring Camp as the clouds started to break up. At the camp we had the lunch served and got a chance to experience the good old times when we sat by the camp fire and roasted marshmallows! 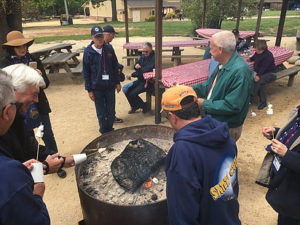 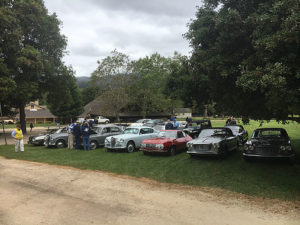 There was also time to do some service and check-up on the cars while waiting for the train ride.

Before dinner we had a chance to talk about the days event as we gathered in the hotel hospitality room for a glass of wine.

Great food and friends were abundant and every body seem to have a great time! 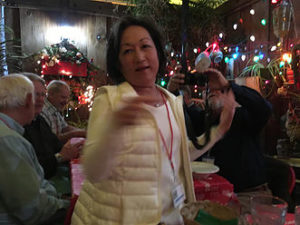 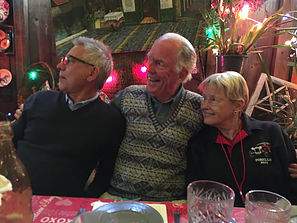 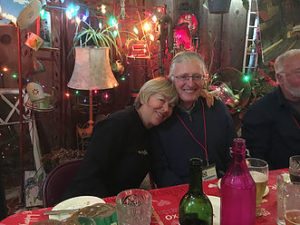 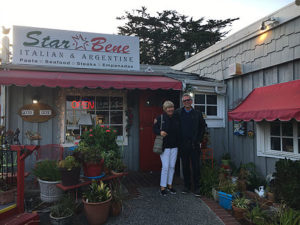 Sunday morning started with the Concourse and most cars were made shining in the now bright sun. 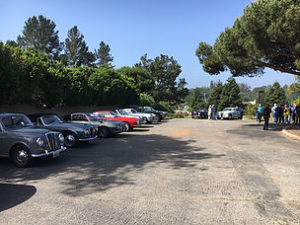 After the Concourse were The beautiful Flaminia Zagato and the Aurelia B24 Spider took top honors in their classes. Niel Pering got recognized for all his work as a representative for the club around the world. 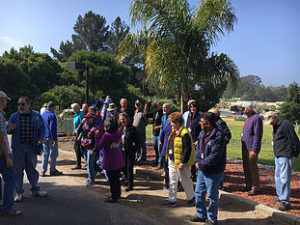 The surprise appearance of a Lancia Scorpion was a great site during the Concourse. 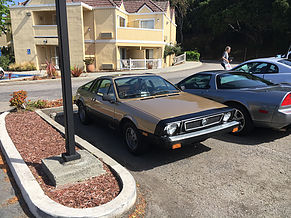 After a group photo we lined up for the drive north to Pescadero. Myself and Barbara did not make the stop but headed further north as a busy week was laying ahead and I needed to be back in Lincoln in good time.

The after event arranged by Hank Koning was as far as we been told also was a great success and as soon as we get the report I will post that as well.

We want to extend a big thank you to Norman and Pauline for arranging the event that was superb and look forward to yet another year of fun driving.