This years Ferndale event was held the weekend of September 7 – 9.

I was able to talk Barbara in to go with me and she decided that if we were going, let’s take the Fulvia! Not sure if she would have suggested that if she knew that the temp around Clearlake got up in the mid nineties! Stopped a couple of times to cool us off, but arrived in Ferndale in time for the welcoming party. As last year the get-together was held at the Victorian Inn on Main Street. 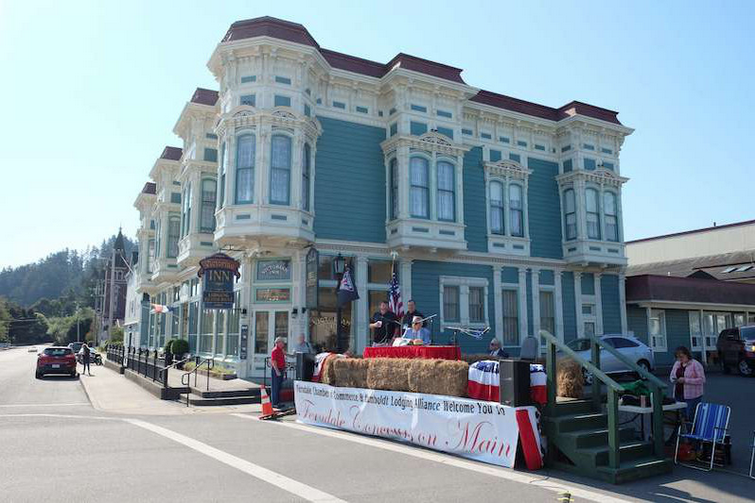 After dinner at the “Farmhouse on Main street” we went back to our hotel pondering the fact that I forgot to bring any warm clothes! Saturday morning was the drive and before going to the start we stopped and got ourselves a pair of jackets so we would enjoy the cool temperatures. The drive took us on back roads towards Eureka and a stop at the Harper Auto Museum, a collection of nicely restored cars.

After the stop at the museum we continued the drive and another stop at a small Maritime museum. 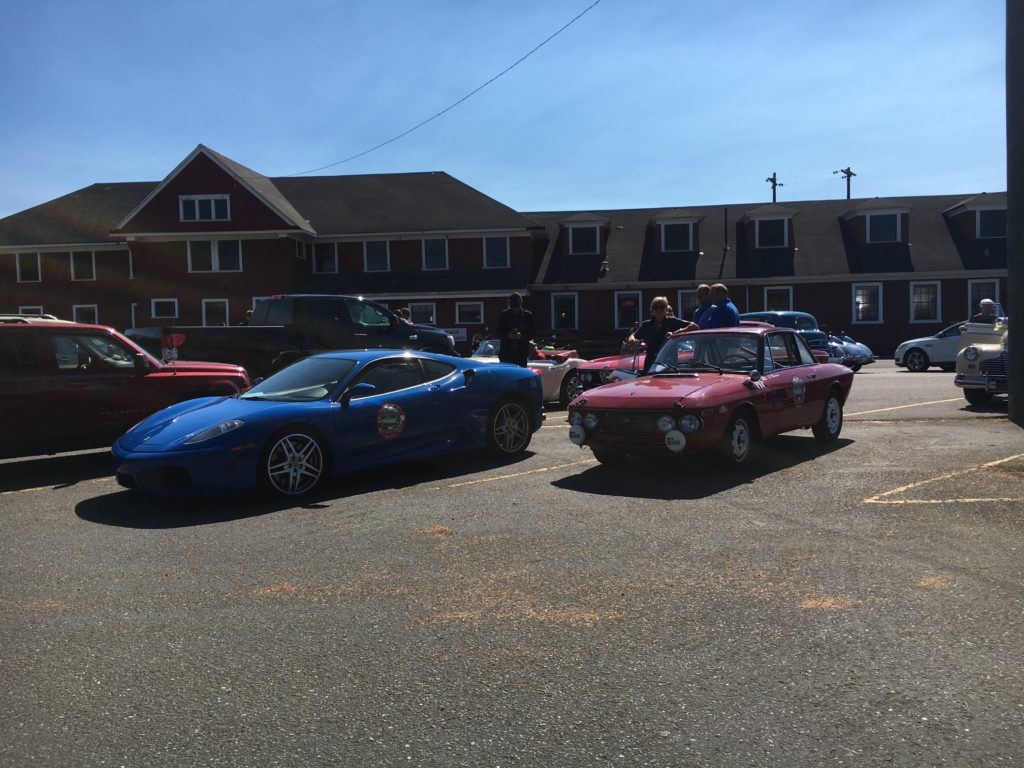 The last portion of the drive brought us back to Eureka and this time to the Ingomar Club Mansion where we had a lunch buffet. 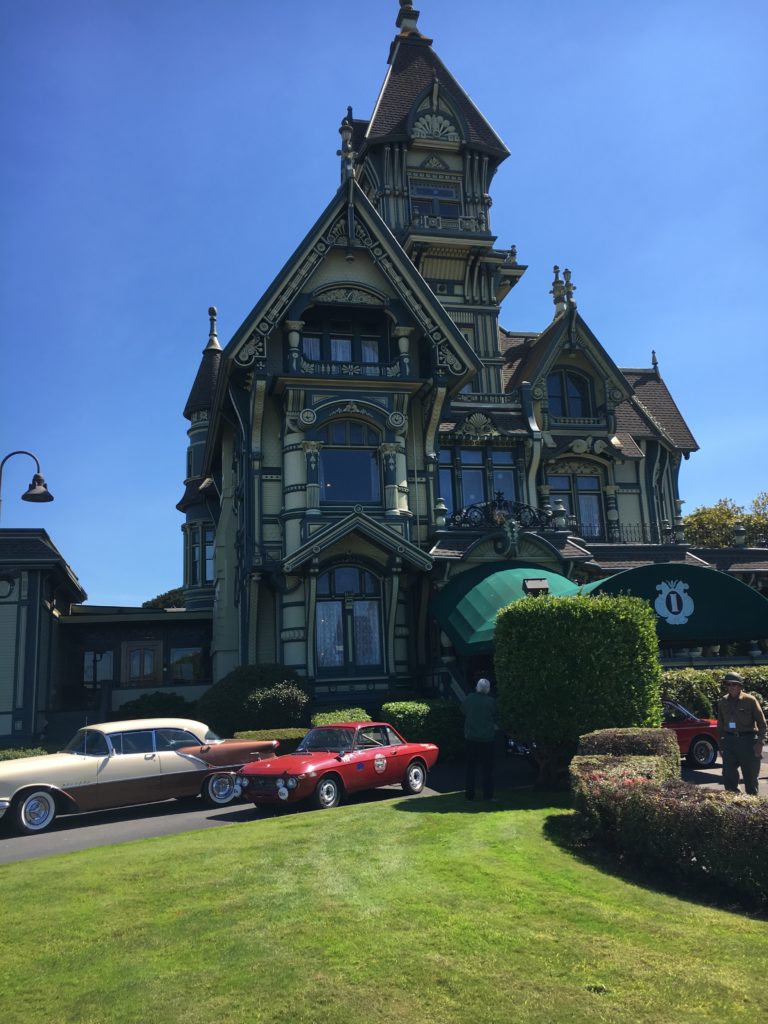 The size difference between the Fulvia and Oldsmobile is making the Fulvia almost look like a kids toy! 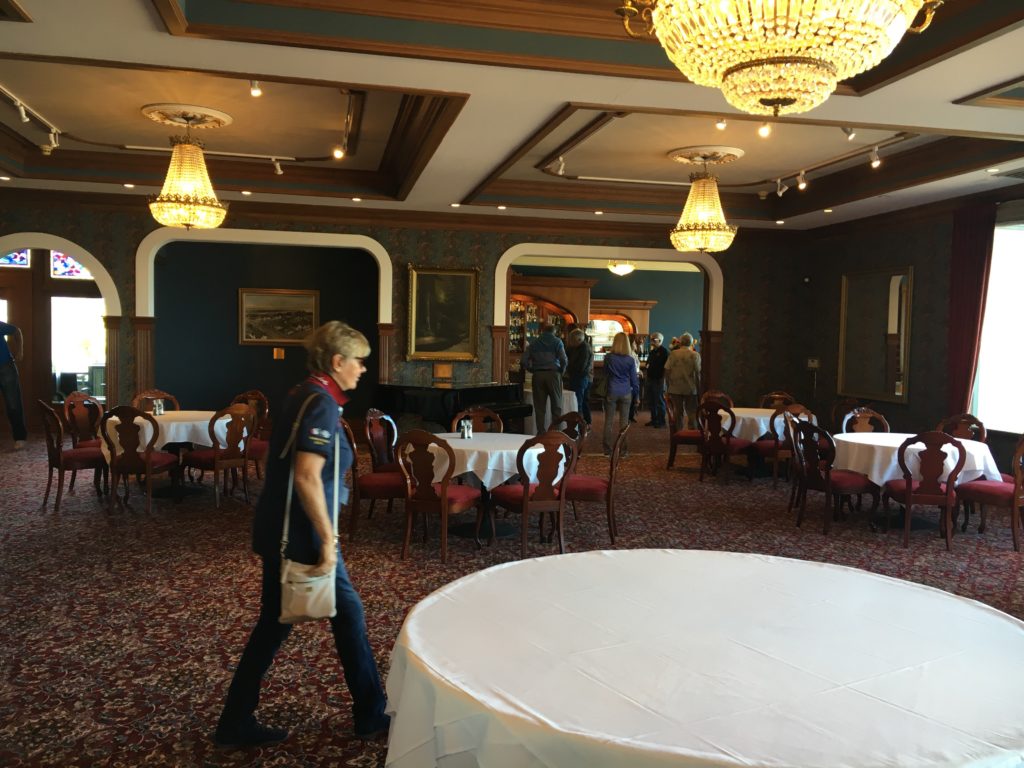 After lunch we were on our own and took a nice drive south of Ferndale on “The Avenue of the Giants”  and made a stop to enjoy the majestic trees. A group of Chinese tourists and a local biker was enjoying the car. The Chinese girls took turns getting photos taken hugging the biker with the Fulvia as backdrop. Barbara thought it was her turn also before checking up with his companion still waiting on the bike. 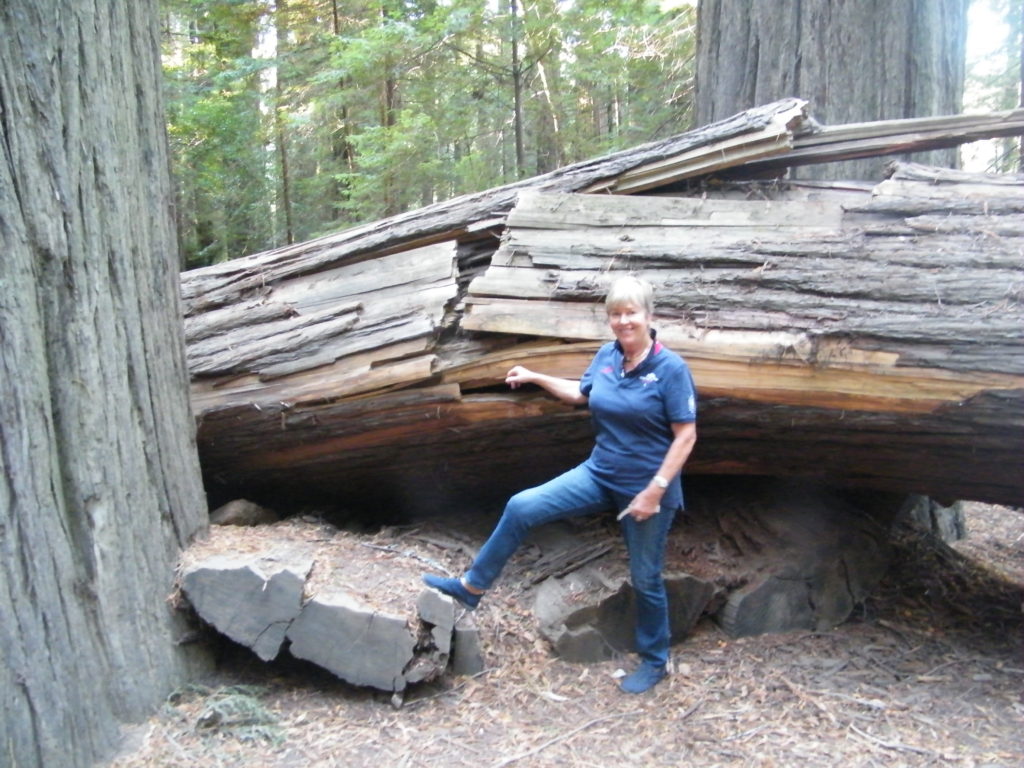 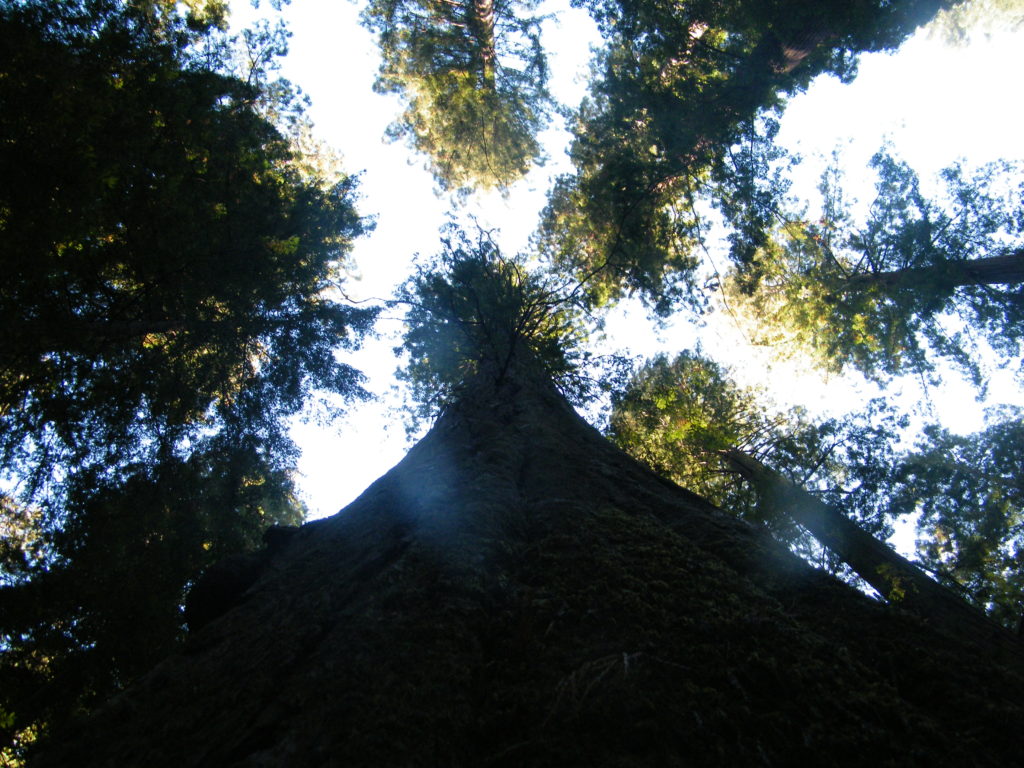 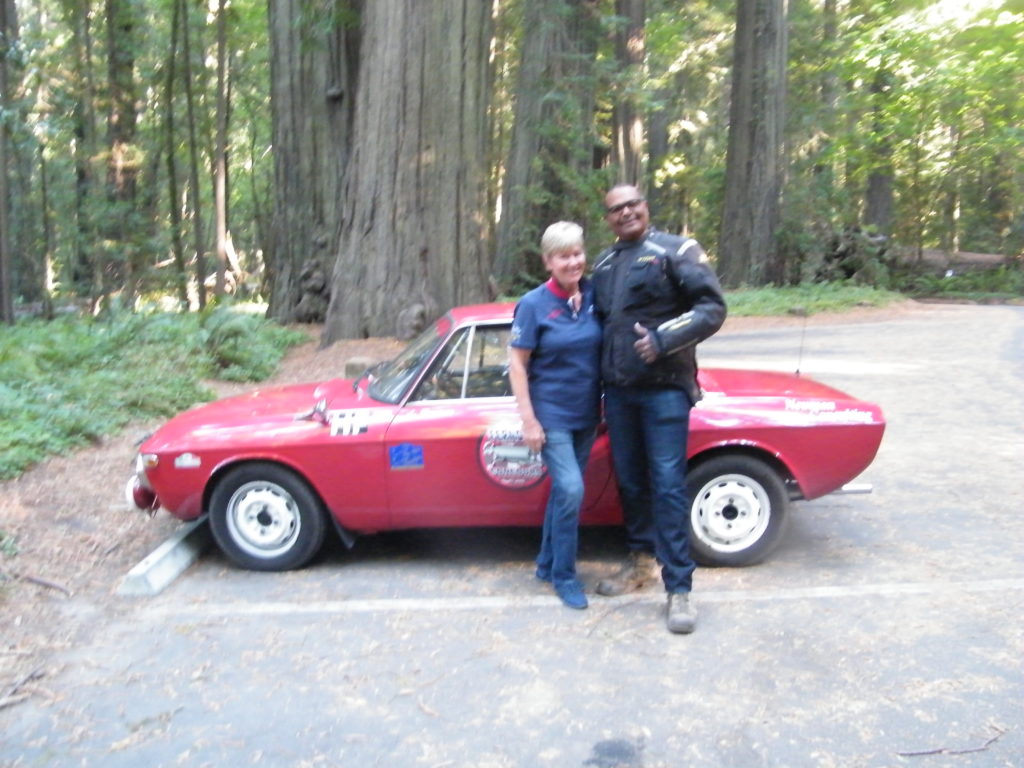 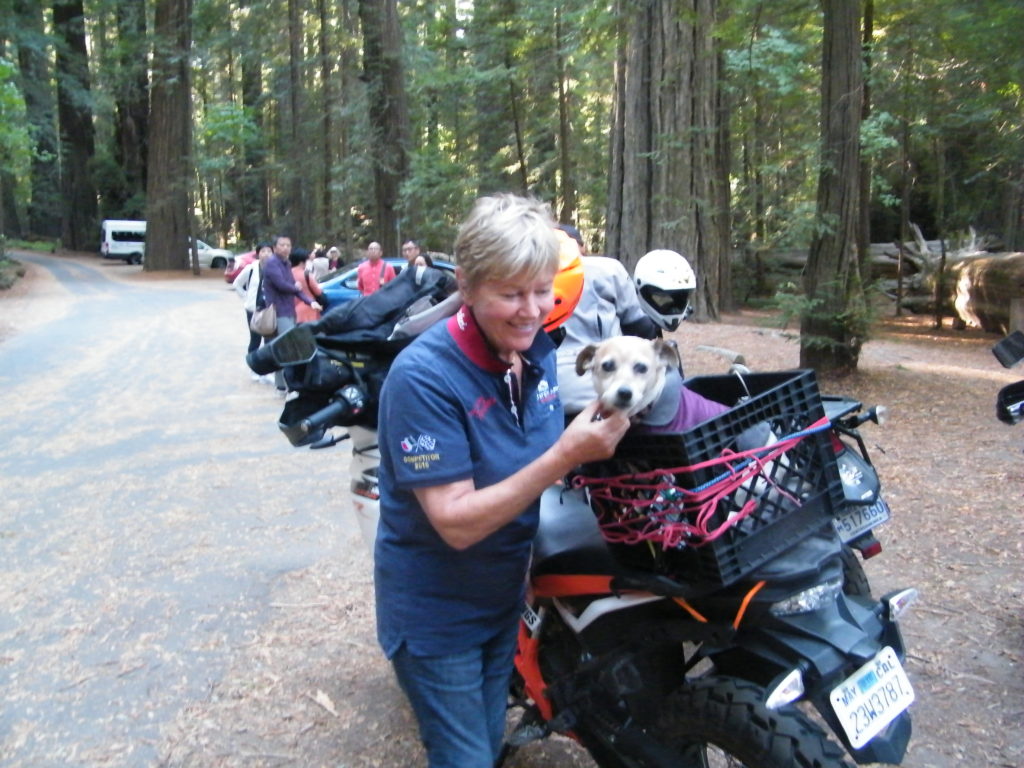 Sunday Concours was just a display in our case with the judges not sending a single look our way as there were a large field of qualified entrants for the awards. 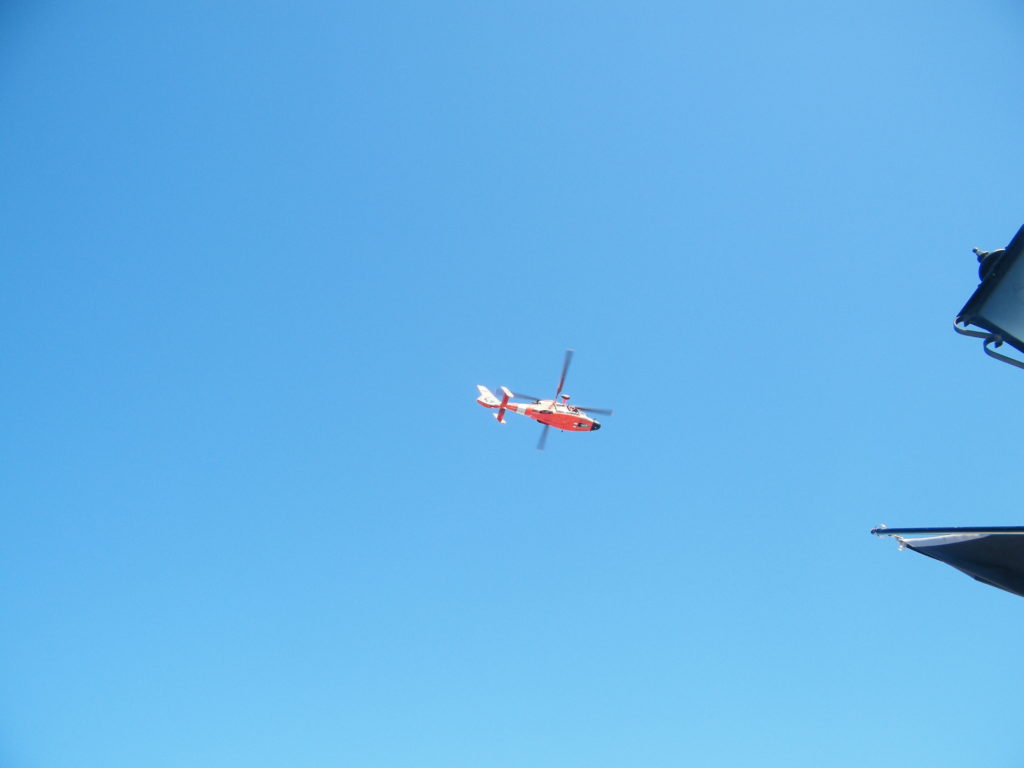 To start the Concours, a Coast Guard helicopter did a flyby. 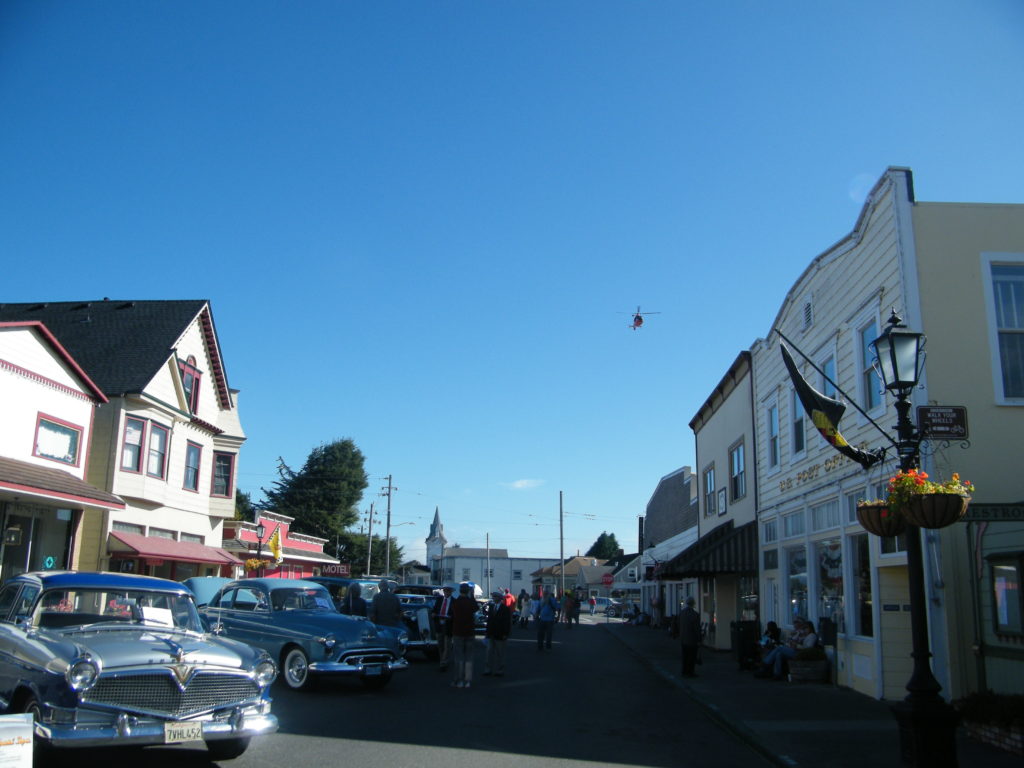 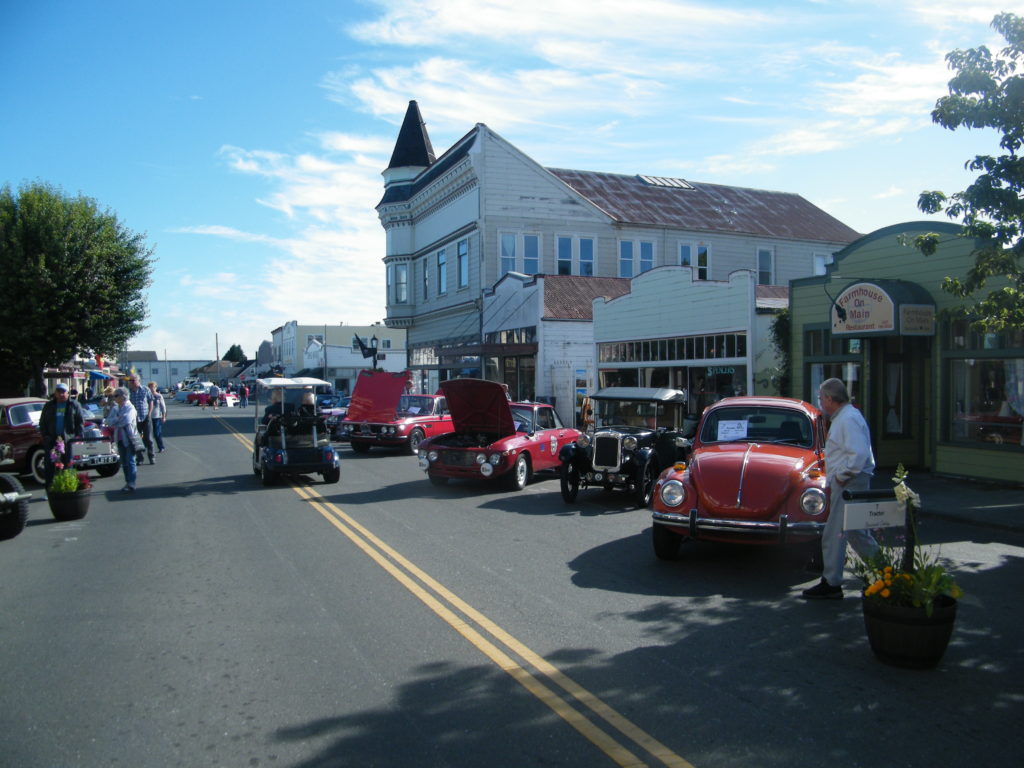 The drive back home after the event was a breeze as temperatures stayed in the low to mid eighties. Another great weekend with a chance to enjoy the Lancia.