Paul and I were introduced to Castlemaine many years ago by our good friend, Gary Byrd.  Thanks to Gary, we have made wonderful friends in Australia as well as from several European countries by attending the biennial Castlemaine rally events (our first Castlemaine event was in October1985).  We cannot say enough about the generosity and hospitality extended to us from our “Aussie friends” during this event. Upon our arrival, we were provided lodging, entertainment and tours of the amazing cities of Melbourne and Ballarat by Anna and Chris Long and Shellagh and Alan Hornsby. Paul and I were loaned Chris Long’s precious little Ardea Sedan to use for the Castlemaine rally and the following tour around the Island of Tasmania.  This is not expected, ever, but we were touched by Chris’s generosity this year and that of Peter Renou 2 years ago when he loaned us his newly restored Appia sedan. 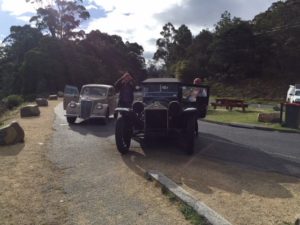 Prior to the Castlemaine rally, we attended the Motor Classica, the International Concours d’Elegance and classic motor show where Lancia featured 110 years of Lancia innovation. It was an exceptional display of 43 Lancia automobiles that included Tricappa, Lambda, Aprilia,, Aurelia, Augusta, Ardea, Appia Saloons, Zagato, touring and Vignale bodied cars. A favorite of the show was a beautiful Aprilia Ghia sport owned by Brian and Dorothy Hawke of Australia. 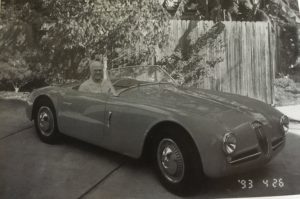 (Older photo of a “young” Brian and the Beautiful Aprilia)

The Castlemaine event occured over 3 days beginning with a luncheon on Friday at the historic Buda House and its elaborate 19th century garden. This Victorian mansion was built in the 1860’s and is said to be the most complete survivor of its period. 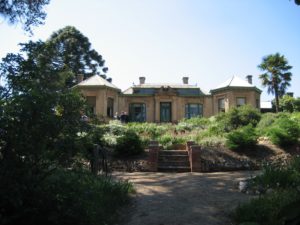 An evening reception and social followed at the impressive art gallery in the town of Castlemaine, a home to many writers and artists from Melbourne.  Perhaps the highlight of the weekend was the rally that took us to a private estate where we had a fabulous lunch of paella that was followed by a talk from the guest of honor, Bruno Cena from Italy. 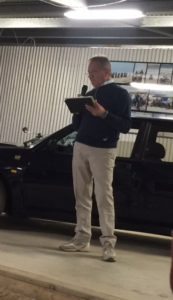 Bruno shared his experience as an engineer at Lancia in the 80’s and 90’s.  He was instrumental in the improvements in the development process at Lancia.  Participants came from all over Australia, the US, UK, Norway, the Netherlands, Switzerland and France.  The event ended with a dinner in the town hall where overseas guests were acknowledged, special honors were given and concours awards were presented.

The Following Two Tours Through Tasmania

Tasmania is an island with less than 600,000 inhabitants and where 1/3 of the land is not habitable with a temperate rainforest in the south-western part of the island.  There are great roads for Lancia driving and with little traffic.  Fortunately, we experienced little rain and great weather while traveling. 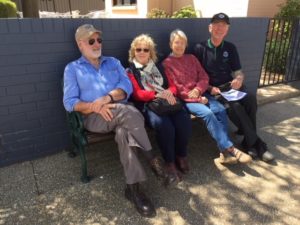 No rally would be complete without a tour of car collections. Our tours included a fabulous collection at the home of Chas Kelly 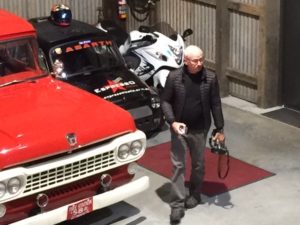 and of the National Auto Museum in Launceston.  We ate our fill of seafood and drank interesting Tasmanian wines.  Our tours included overnight stays in Cradle Mountain (where we had our first glimpse of wombats), and in Strahn in the southwest wilderness on Macquarie Harbor.

Chris and Anna Longs in their Lambda headed towards Cradle Mtn. 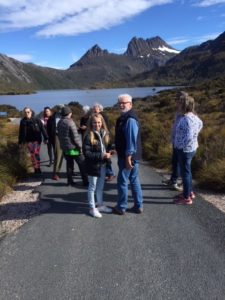 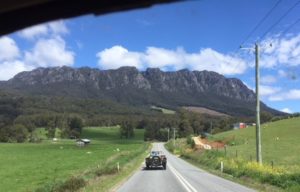 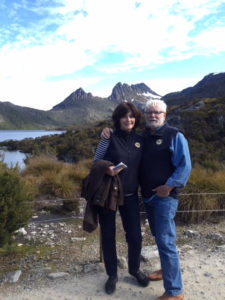 During the boat tour through the harbor, we explored the convict prison at Sarah Island (established in 1821) and strolled through the rain forest on the Gordon River. 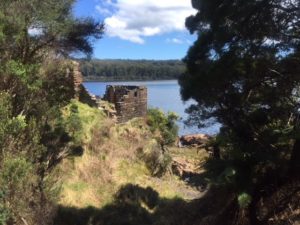 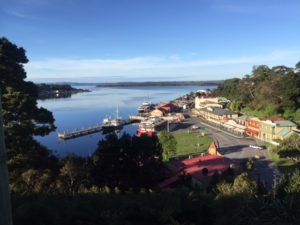 On the second tour, we traveled to the East Coast to the Freycinet Peninsula with its national park and the famous Wineglass Bay.  While touring the Bay, we had a great view of fur seals, little penguins, dolphins and wales.  Basically, we covered the entire area that is habitable on this amazing island.   While in Hobart, the annual “Display Day” took place on the lawns in front of the Parliament House.  This all day event is sponsored by the Club Motori Italia of Tasmania.  While our beautiful Lancia automobiles gained attention and the owners chatted and shared their stories with one another, this woman went Christmas shopping in the famous adjoining Salamanca Market!

The Spirit of Tasmania

The Spirit of Tasmania is a massive auto ferry that has daily routes to and from Melbourne, Australia and Devonport, Tasmania. It is obviously an essential part of the trip leaving in the evening and docking early the following morning.  The ferry provides meals during the ocean trip, comfortable sleeping cabins and plenty of time to socialize with one another. It is quite an experience in itself! 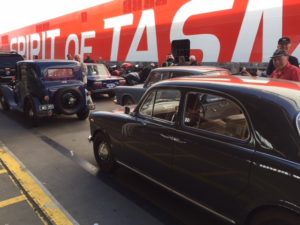